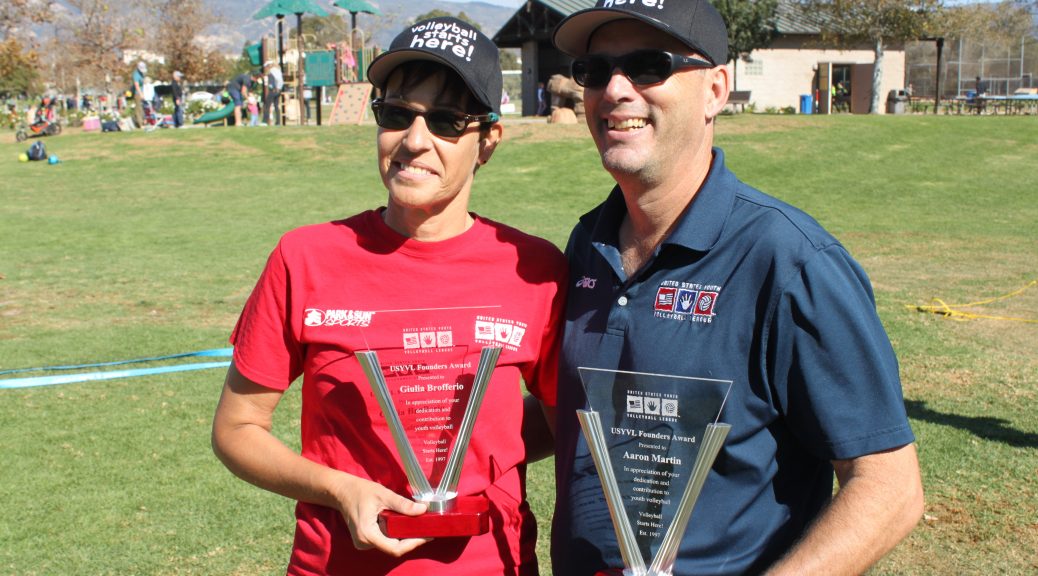 What began as an innocent introduction to a new sport for their daughter, became a commitment that has kept Aaron and Giulia Martin tied to their volleyball community for 36 seasons. As a couple, this dynamic duo has grown the Goleta site from an initial 23 players, to a consistent 65-75 players, which makes it one of the most successful USYVL programs in its 20 year history.

The USYVL is very happy to honor the Martins with its fifth Founder’s Award. The USYVL Founder’s award is awarded annually to the individuals who have provided leadership to the USYVL for the greatest amount of time and made an impact on the organization.

Aaron Martin was a recreational volleyball player, mostly beach, when approached to coach his stepdaughter, Aja’s, team. His wife Giulia had volunteered to be site director so, like most good dads, he said, “sure.” After a couple seasons he was promoted to Clinician, and has been sharing his (considerable) knowledge and enthusiasm to thousands of young athletes – and their parents too – ever since. “One of my favorite parts of USYVL,” says Aaron, “is watching kids get inspired by the program and fall in love with volleyball. And then running into the kids or their parents years later and hearing that they still love volleyball!”

Aaron and Giulia both work at UCSB; he is a systems administrator for the Earth Research Institute and she in the Business Office for the Technology Management Program. Aaron’s technology background has been solicited in developing several USYVL platforms over the years – for scheduling, workflow tracking, website building, mobile access, etc. Always willing to help make the program better, he has donated almost as many hours off the field as on.

When asked why she keeps coming back, Giulia’s answer was simple: “Even after 36 seasons we still feel like each season is the best season ever. The kids and parents are amazing and feel like an extended family.”

The Martin family’s youngest daughter, Malia, continues to enjoy USYVL while also playing club volleyball. “She found a passion for the game a little over a year ago,” says Aaron, “and her skill levels have increased dramatically.”

The passion for the game is what keeps this family playing. And their volunteering has kept many other children and families playing too – for over 18 years! 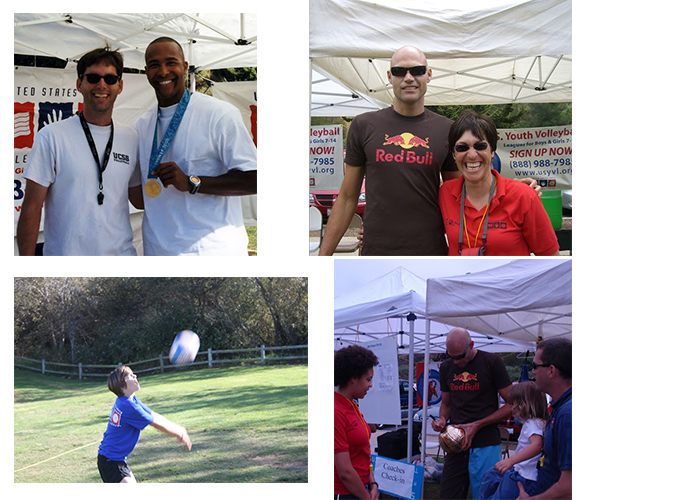