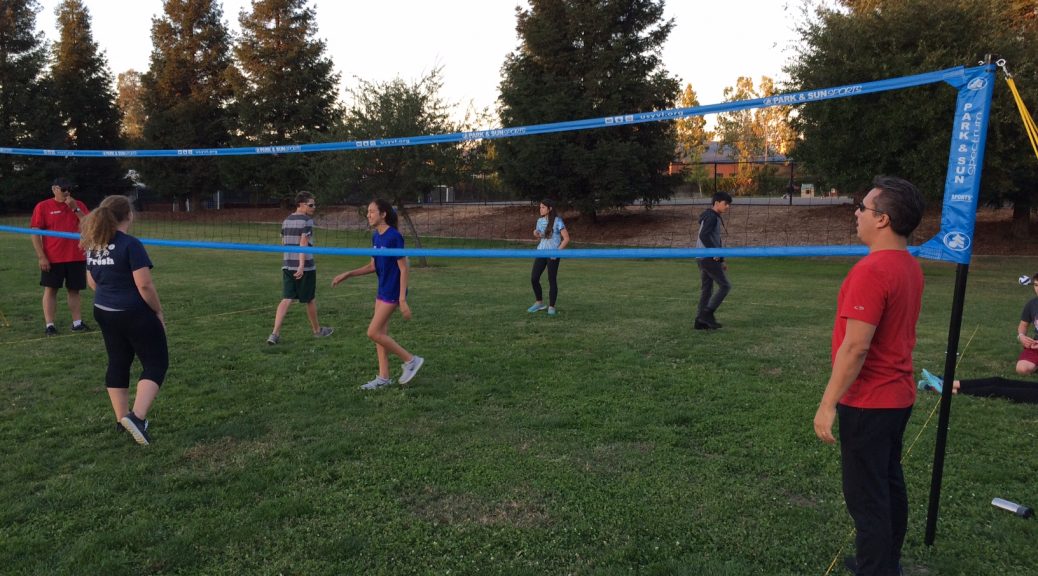 With USYVL’s fall season in full swing, we wanted to take some time out to recognize a couple of individuals making a huge difference this season. One of the basic tenants of our volleyball programs is the support and work of our volunteers and dedicated volleyball instructors. We would like to highlight two exceptional individuals this fall who are great examples of USYVL’s mission to help each child learn and play volleyball in a fun, safe, and supervised environment. The two key roles at USYVL sites are the Site Director and the Clinician (Volleyball Instructor). This season we are pleased to recognize: Site Director – Nolan Marrero, Folsom Clinician – John Wong, San Jose – Butcher Park Nolan Marrero – Site Director – Folsom In his second season as a Site Director with USYVL, Nolan has made a positive impact with our Folsom program. He has dedicated his time and effort, many times going beyond the norm to create a positive learning environment and memorable experience for all of our Folsom participants. Nolan is a very involved Site Director and works to ensure that the program is running smoothly and successfully. Since USYVL relies heavily on the support of volunteers, Site Directors play a pivotal role in recruiting parents as coaches and on-site administrators to help guide our players and program in a positive direction. Nolan has excelled in this role by engaging other volunteers and keeping them involved and active throughout the season. Nolan was born in Puerto Rico and his family moved to Philadelphia when he was nine years old. He moved to Folsom five years ago and works as a consultant with Sutter Health. One of the inspirational figures in his life was an elder from his church that encouraged and mentored him throughout his youth. Nolan noted the positive impact this has made on his life. It has helped him be a better father, husband, and member of the local community. This positive influence in his life has helped to illustrate the importance of being a good influence, showing people that you care, and being a mentor to those around you. When asked what he likes most about being a USYVL Site Director, Nolan said that he enjoys contributing time and energy to help make the kid’s lives meaningful. Talking about his role as a Site Director, he said, “Just like my mentor did for me, you never know the positive impact you can have on a developing child. I enjoy watching their eyes light up when they are able to master the skills we are going over.” With the efforts of amazing Site Directors like Nolan, our programs would not be as successful as they are today. You can tell by the smiles on the faces of the kids in Folsom, the quality of the experience at that site has created valuable memories for everyone involved. We would like to thank him and acknowledge all that he does for the kids and program in Folsom. John Wong – Clinician – San Jose Butcher Park John has served as a volleyball instructor with USYVL for four seasons. He has done an outstanding job instructing our San Jose participants and creating an energetic learning environment. His dedication extends beyond just the Butcher Park site, as he has helped teach volleyball skills at other sites in the area on numerous occasions. John was born in Salinas, California. He has spent most of his life in the Monterey Bay area. He grew up in a single parent home with a hard working mother that supported four children. John was able to see the value of hard work at an early age. His love of volleyball is easily on display as he teaches and instructs the USYVL curriculum during the season. He always takes time to make sure each player is enjoying the volleyball experience. John noted that what he loves most about being a USYVL Clinician is seeing the kids come out of their shell and develop as a person and player. The delight the children show playing the game is one of the great highlights for him. Our Clinicians also play a vital role in guiding our volunteer coaches. John has always made it a point to engage coaches and help place them in a position to utilize their knowledge and skills to benefit the players. Additionally, he has worked diligently to ensure that player safety protocols are in place and a priority at the site. Please join us in recognizing Nolan and John for their valuable contribution to the USYVL community!