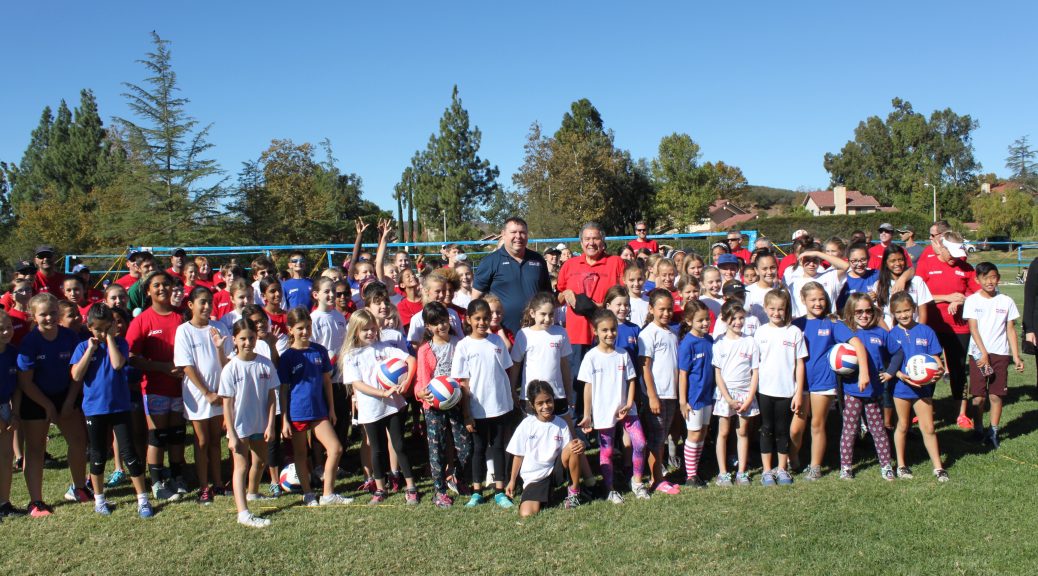 Last Saturday the United States Youth Volleyball League was proud to present the 2017 USYVL Leadership Award to Bill Martinez. USYVL presents the USYVL Leadership Award annually to the individual who has exhibited outstanding leadership, demonstrated a sustained commitment to our programs, and has made a positive impact on the organization. This year’s recipient, Bill Martinez, began as a volunteer coach for his daughter in 1998. One year later Bill joined our Board of Directors and served as a valuable member, including service in the role of Board President from 2006-2010. Earlier this year, Bill completed his time as member of our Board following almost 20 years of faithful service. Even years after his daughter completed her participation in USYVL programs Bill continued to serve in various capacities with the USYVL Board and continued to be active at the local site level. Bill has been an avid volleyball fan and player for well over 40 years. Bill is a former USYVL coach. He and his family are still active players in many recreational volleyball leagues across Southern California. Bill is an administrator at Pepperdine University with over 20 years of service at the school. Bill is a great example of a valued member of one of our local communities that caught the vision of USYVL’s mission and has worked tirelessly to help young volleyball players learn and play volleyball in a fun, safe, and supervised environment. Volunteers like Bill that have dedicated their time and talents to a worthwhile cause that help to energize and elevate our programs. With the support of his family and through his service, many lives of young volleyball players have received a positive and lasting influence. Please join USYVL in congratulating Bill Martinez for his leadership and service to our programs and participants. Thank you, Bill!