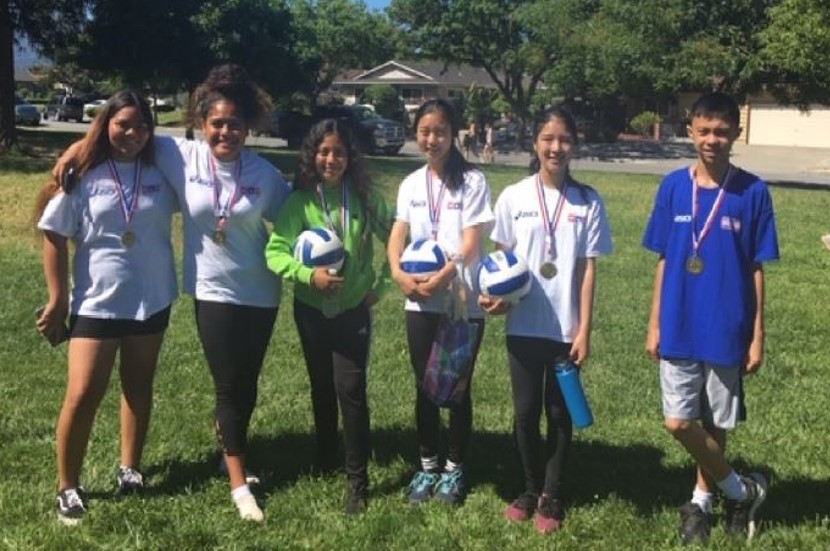 I witnessed kids who were very timid be able to open up as they were forced to interact with their team members as a unit and create friendships with one another. I witnessed these children who started off the first day not knowing how to even hit the ball, pass it over the net or to anyone else, or know how to serve a ball, or even spike and/or play to being able to utilize their skills they learned during their Tuesday practices and put it to play during their Saturday games. They did such an amazing job and to watch their eyes light up when they won against another team that they thought was hard to beat was even more rewarding for me! Coach Rhona and I had a blast with these kids from both Teams 25 and 26